I’ve always been very aware of the gaming great which is the BioShock trilogy, yet to date, I have failed to dive into this first-person shooter even with the words of encouragement from Square XO’s resident BioShock fangirl Nicole who says…

“I’ve always turned my nose up at more horror-centric titles in not necessarily deriving a thrill from being scared out of my wits. However, after learning of Bioshock’s well-rooted and intriguing lore, unique setting and the finesse clearly portrayed in its shooter elements, I just had to bite the bullet (pardon the pun) and play. Not a shred of regret has burdened me since. 2K and Irrational Games showcase a commendable ability to invoke an unsettling atmosphere throughout that’s unmatched in any other title I’ve played to date. Although Bioshock’s shooter elements are where the appeal lies for most, I was driven by its ability to unnerve me, it’s unpredictable story and my overall eagerness to explore every nook and cranny in the grotesque ruins of dystopian Rapture.”

As it stands it’s been over ten years since the release of the original BioShock game. This under the sea first-person shooter twisted the regulations of the genre, arming the player with supernatural abilities as well as a plentiful arsenal to survive in the depleted city of Rapture.

The pull to experience this game was undeniable, the illusive city of the Rapture held secrets that I was eager to uncover, and as BioShock is considered by some to be a gaming classic, it felt only right to cave to temptation and experience the title that started one of the most famous franchises in the gaming world.

BioShock pulls the player into the action immediately when a plane carrying our protagonist Jack Wynand crashes into the sea above the sunken city of Rapture. Seeking salvage from the burning wreck, Jack blindly swims towards the one landmark in the immediate area. An immense lighthouse, erupting from the ocean and painted black against the night sky is all that’s in sight. Entering the lighthouse signals shelter and peace from the relentless rain and stormy waters, although no peace lies under these dark waves. 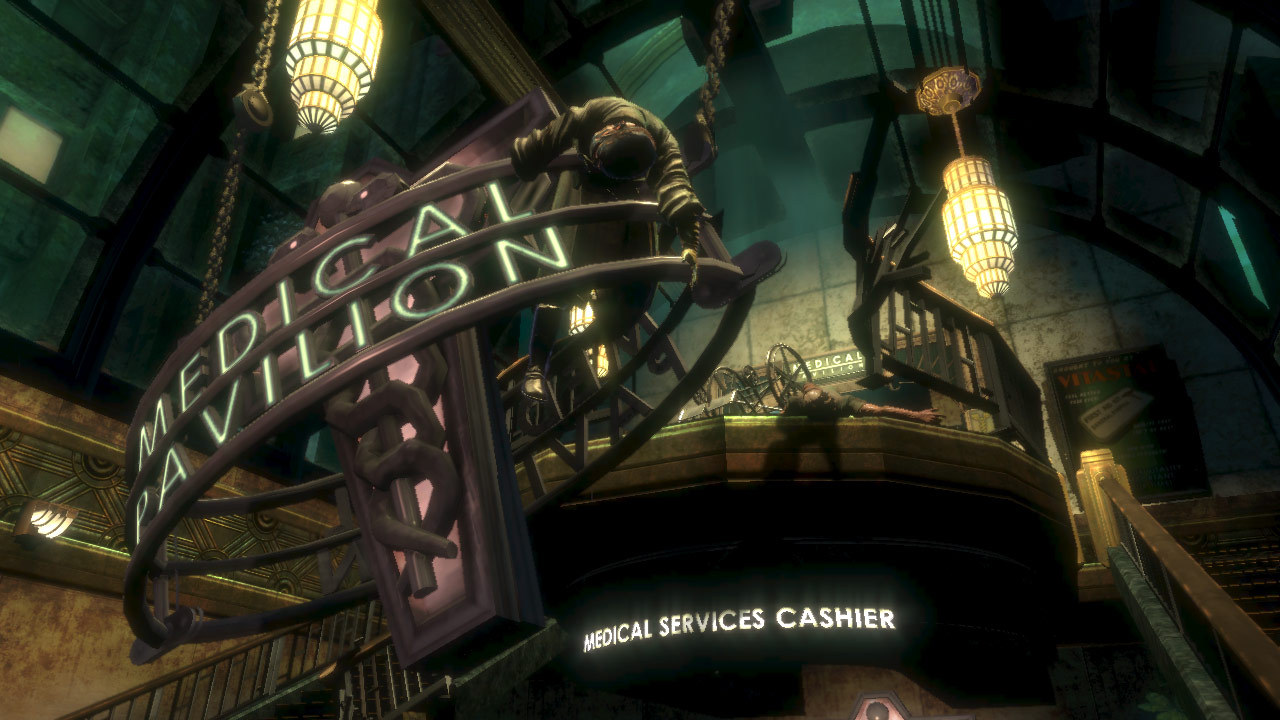 Operating as a traditional shooter Jack enters the world of Rapture, a city under the sea for elitist citizens sectioned off from the outside world. Now the city lies in tatters, remnants of its former glory scattered amidst the burned buildings and fallen beams which set the level design of the Rapture as one of great history and lore. Simple set design describes BioShock as a horror game, with dark rooms bathed in flickering lights, heavily armoured enemies patrolling the lower levels of the Rapture and evidence of conflict lingering in untouched quarters. And soon it becomes immediately clear that this abandoned city isn’t as vacant as once perceived.

The city of Rapture encompasses an ebb and flow of difficulty. At times the player is stocked to the teeth with plentiful ammunition, health and eve hypo injections to supply Jacks superhuman abilities. One tricky boss fight or ambush handled the wrong way will leave Jack depleted of arsenal, meaning that future attackers have the upper hand. Enemies fill the city of the Rapture, Big Daddy’s follow Little Sisters who harvest ADAM. Exceptionally strong and equipped with drills and powerful guns, Big Daddy’s become extremely aggressive if the Little Sister they protect comes to harm, and whilst you can avoid fights with them ADAM is crucial for progression in the game. As well as the brutish Big Daddy’s, hordes of maniacs are peppered around the city, drastically outnumbering our protagonist and relentlessly hunting him down. Worse than these are the spider splicers, addicted to ADAM these enemies are fast and deadly, their speed and ability to crawl on walls and ceilings are  enough to install fear into any players heart. These fearsome foes paired with horror tropes makes Rapture an unsettling place at times, which only boosts the success of BioShock. 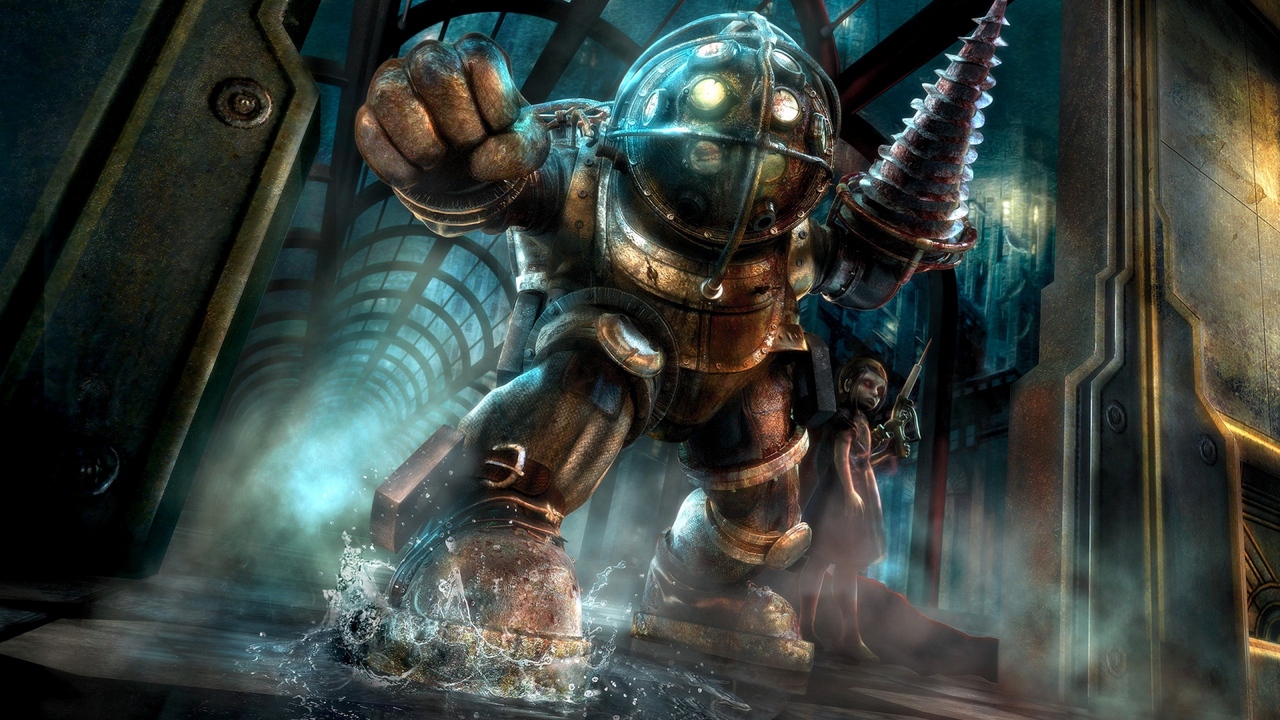 When low on ammo and health, the glass walls of the Rapture become incredibly unnerving and the claustrophobia which comes from being isolated miles under the sea is so strong that the pressure of the water above Jack’s head can almost be felt by the player. Rapture is a lonely desperate city, those left there transformed into monsters by the ADAM and the sheer desperation of survival. Though this game is a first-person shooter, the lore is clearly the powerhouse behind the brilliance of BioShock.

BioShock pulls the player into the heart of a sadistic and depressing story. Behind the horrors of the Rapture, war, conflict and nightmarish creatures who prowl the city there is a hearty and powerful narrative to be uncovered. The draw to BioShock is subtle at first, but eventually overwhelming and once you’ve entered this underwater city, it’s hard to turn your back on it.